Vulnerability timelines, SLA, Measurement and prioritization – the how and the why of application and cloud security objective setting 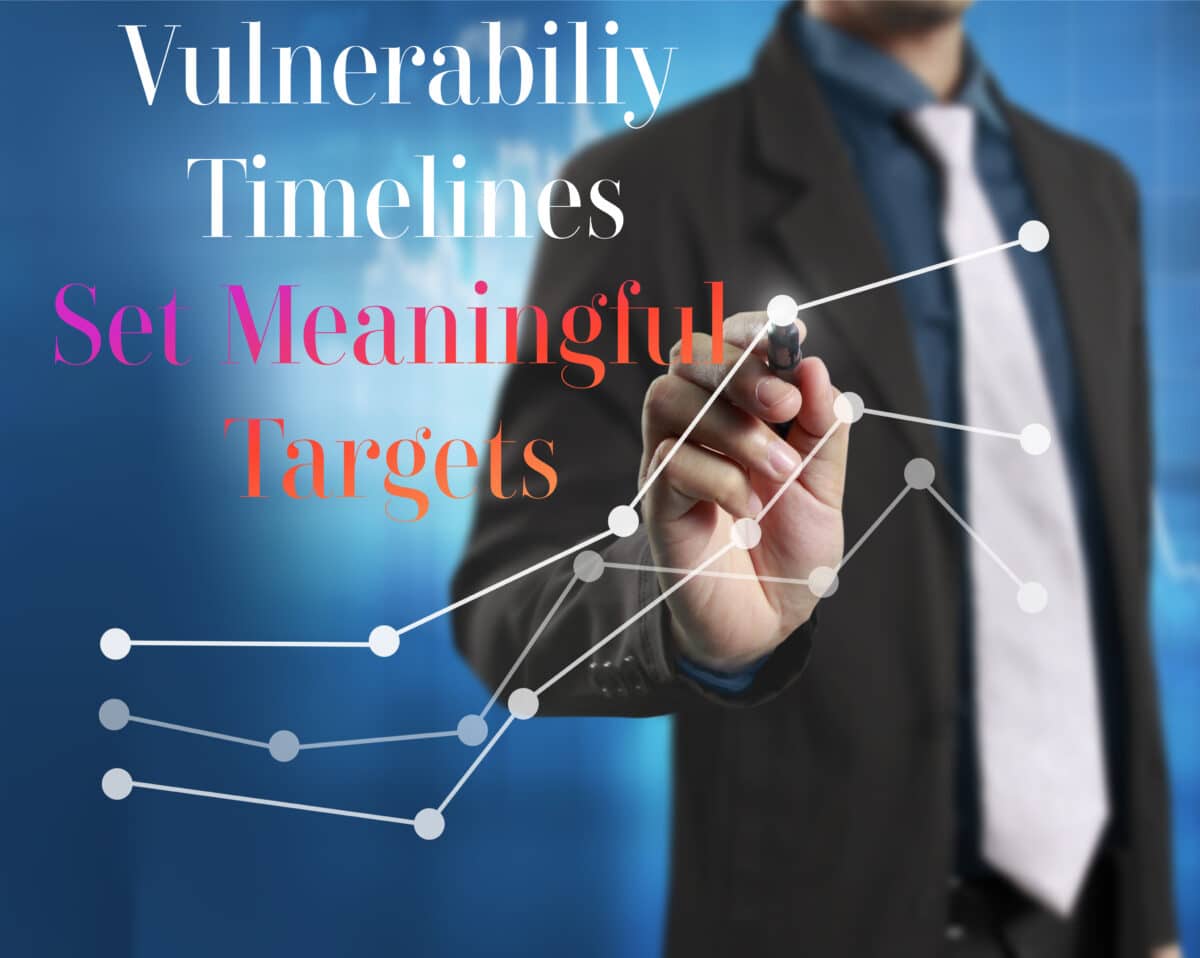 Vulnerabilities have been increasing in number year on year, precisely 34%, according to MITRE CVE statistics.

There is no secret that the complexity of cloud and application security vulnerability is increasing consistently.

The speed at which modern organizations are building applications and security teams are catching up to them is increasing.

There is no secret that the complexity of cloud and application security vulnerability is increasing consistently.

The speed at which modern organisations are building applications and security teams are catching up to them is increasing. It comes as no shock that 54% of application security and cloud security professionals have considered changing jobs or industries in the last few years (CxO online)

Among those challenging times, there is a well-known acute cybersecurity shortage. On top of the shortage being in cloud security space and application security space.

It is no surprise since those two spaces are probably more complex to grasp for newcomers.

How to move forward, then?

To contextualise, we’ve covered this in a previous blog on Vulnerability Contextualization and Risk-based prioritisation for application security and cloud security.

We also covered the prioritisation effort in an extensive whitepaper Prioritizing Vulnerabilities On Cloud And in Software – CVE and the Land of Broken Dreams.

In this blog, we will focus on vulnerability timelines and the challenge of setting them.

Before we move on to the timeline, let’s dive into the definition of SLA in this particular context.

Let’s start with definitions of the various metrics like SLA and SLO and what they are:

Note. For an SLA, an SLO is typically a contractual agreement, while for OLA is guidance. SLAs are often misused and agreed upon/mandated internally within teams instead of using OLA. In summary, if there are contractual fines, the OLA are objective to meeting contractually, while internally, they are often captured in policies and agreed upon amongst teams without contractual consequences. An example of OLA is team X must maintain an uptime of 99.99. An example of SLA is contractually agreed between a client and a vendor: if availability is below 99%, a service credit/fine will be issued.

The Vulnerability Context and Landscape

We can categorise assets into the following categories:

The systems used to measure the security posture and the security health of different elements that compose our system are quite wide, illustrated in the picture below.

The resolution time and SLAs are fairly different between asset types across the various categories.

The picture below explains the complexity of dealing with multiple metrics. It is often easy to use simply SLA, but when do you start the timer?

Timelines to fix vulnerabilities are dictated by several events. They are composed, in reality, of several timelines. We start from the official public timeline (bottom) that determines the public or private disclosure of a vulnerability till the time of the release of a patch/bugfix.

At any point in this evolution, your system can detect the vulnerability.

Usually, this happens when Application Security Tooling releases a signature or detection for a vulnerability discovered. The zero-day time spans between the vulnerability and the patch/fix released by the vendor.  (second timeframe)

Usually, when a vulnerability is disclosed in public security scanners, vendors tend to release the vulnerability detection within days to enable organisations to detect vulnerabilities.

SLA or SLO usually are the target times from the vulnerability being identified and discovered in the system or the ticket being raised with the individual team (resolution SLA).

Discovery to Declaration to CVE – This timeline is usually the most dangerous and relates to the discovery of vulnerability – commonly, in this timeline, there is no patch available, and the systems are at risk for the so-called 0 days.

Resolution of vulnerabilities can also be driven by architectural restructuring and upgrading to more modern systems.

A system could also be out of support and maintenance, and the vendor might not be available anymore.

The risk of those vulnerabilities needs to be addressed and adjusted depending on the criticality of the system and the blast radius it could cause.

Nonetheless, a deeper analysis of systems might lead to overall compensating controls (like WAF, RASP, System lockdown, and restrictive access control) that lowers the overall probability of exploitation and hence reduce the overall risk

The picture below adds the commonly used timers and when they start/ finish. Those timers are important as the SLA/SLO set by the organisation are based on some or all those timers. Usually, the timer that gets used the most is the Mean time to Resolve, which is generally considered from the vulnerability discovered to the resolution. A caveat: most unresolved vulnerabilities add up the Mean time to resolution and clatter the data. A better time for SLA is usually the Mean Time to Resolve from Acknowledgement.

How to set targets

Service Level Objectives/Agreements are not a solution but an aid to setting targets for the team but can be an aid if there is nothing else.

In conclusion, targets based on risk are much more precise but also variable.

Setting targets is a complex process and should be

We wrote a previous article on SLA and how to set them for cloud security, container security, infrastructure and vulnerability, and application security.

We also wrote a specific blog on how to set targets for infrastructure and application security and move toward OKr.

We are publishing another book/whitepaper on Vulnerability Management and how to move away from pure SLA and more toward a team-based OKr.

Before we deep dive in how to set SLA a bit of context on SLA and where they can be based on.

The most common level and objective when fixing vulnerabilities at an early stage.

The SLAs are usually set to Different levels of vulnerability criticality

Those SLAs are a bit more sophisticated and rely on a different level of criticality of the assets.

The SLA is usually set to Different levels of vulnerability criticality

The SLA is based on exposure of assets, usually assets that are externally facing. The exposure level is generally more complex to measure and relies on asset management accuracy or some form of tag-based strategy in container and cloud.

Risk-based SLAs are more sophisticated and rely on composite metrics to set targets. Those SLAs are the best to use but also the most complex to implement

The issue with risk and severity

Currently, risk and severity are two words used interchangeably when they should not. Severity is a non-actualized risk, while risk expresses not only the potential of a risk to manifest but also the impact and the probability of it manifesting.

How to calculate risk

The risk level mentioned above can be calculated in multiple ways, from simple severity (completely contextualise risk) to Location-based and Granual probability of exploitation based.

Following a more detailed version of the risk formula

Contextual aspects are based on:

Risk-based threat assessment is usually done by security professionals. Still, this result in an overwhelming job as the factors that need to be considered is simply too many and vary too quickly.

Following is a list of elements security professionals need to consider when triaging and deciding which vulnerabilities to fix first :

The following elements can be considered when calculating the risk elements

We recently wrote a whitepaper  that expands on this problem Contextual and Risk-based Prioritization of vulnerabilities in cloud and applications.

No matter how you decide to set targets is important that those targets are collectively aligned with team objectives and business objectives.

An objective not agreed upon by the business or teams is completely aspirational.

Measurable objectives are the key to achieving objectives. A rule of thumb is to establish SMART.

Those objectives must be collectively agreed upon based on metrics that can be observed and measured.

Measuring how Mean Time to Resolution, How much workload a team has, is the key to identifying and revisiting objectives. Commercial and non-commercial solutions can tap into Ticketing systems (Jira, Service now, Github) and CI systems (TravisCI, Jenkins…) to measure how many vulnerabilities are introduced per release.

Appsec phoenix, with other applications and cloud security observability solutions, is here to provide a better experience for the security and development team.